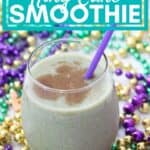 This spiked king cake flavored smoothie is a tasty, nourishing, and filling concoction that’ll keep you marching the parade route all day long 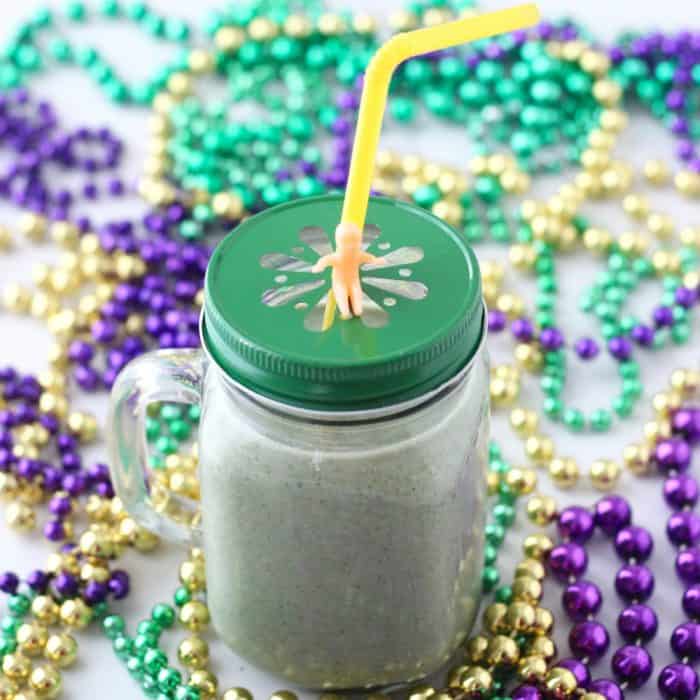 It’s that time of year! Mardi Gras is upon us, which means king cake everywhere.

You can seriously get king cake-flavored anything: coffee, vodka, muffins, smoothies.

Last Thursday, I went to a King Cake Party where everyone brought a king cake. We had 12 king cakes and tasted them all to decide which one was our favorite, which had the best icing, which one was the prettiest, etc.

That means that I had to try 12 different cakes. Ok so “had to” is obviously an exaggeration, but in the name of cake and Mardi Gras and because I love that kind of thing, I had to.

We’re eating all the king cakes 💜💚💛

I don’t typically eat a bunch of cake on a daily basis. I don’t intentionally avoid sweets, but I just don’t have them very often. When I want them, I have them. When I’m not thinking about them, I don’t actively seek them out, and I rarely have cravings for sweet things.

This all means that my body isn’t used to a lot of sugar at one time. So yeah, I occasionally eat mounds of cookie dough while baking cookies, but that’s important for quality control. 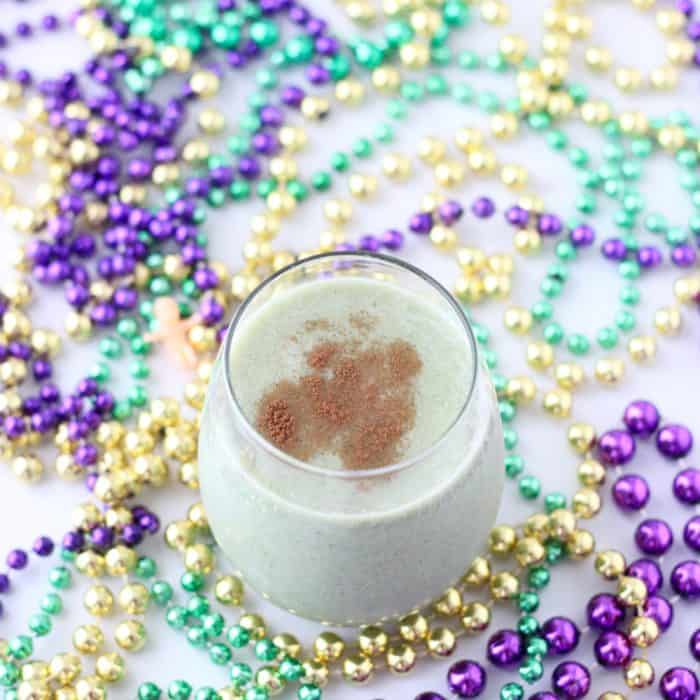 Y’all, I was hungover the next day. We’re talking headache, fatigue, a little bit of nausea — all from king cake (no adult beverages were involved in this hangover)! And by king cake I mean too much king cake.

I’d like you to know that I had one small bite of each piece, so I could accurately take notes. There was one cake I accidentally tried twice which was disappointing because I found it too cinnamon-y flavored. And then I needed to test two cakes again to decide which one I liked better.

All this being said, I never want to eat king cake again. 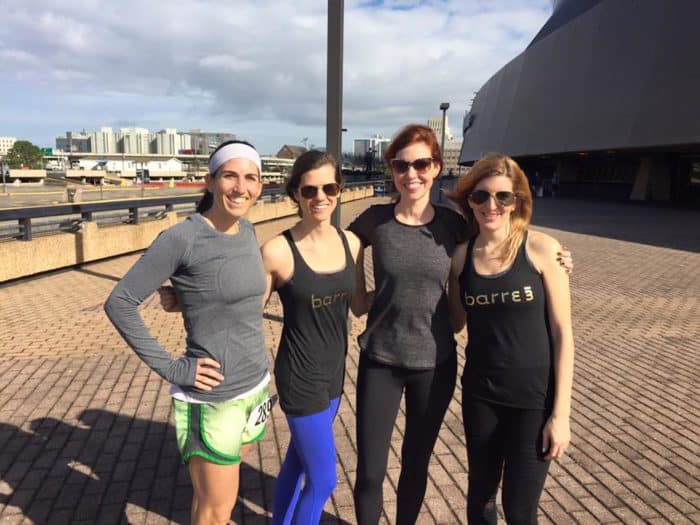 I felt like I could tolerate a smoothie since it wasn’t cake. I’m glad I did because they were tasty, so I decided to recreate it myself! 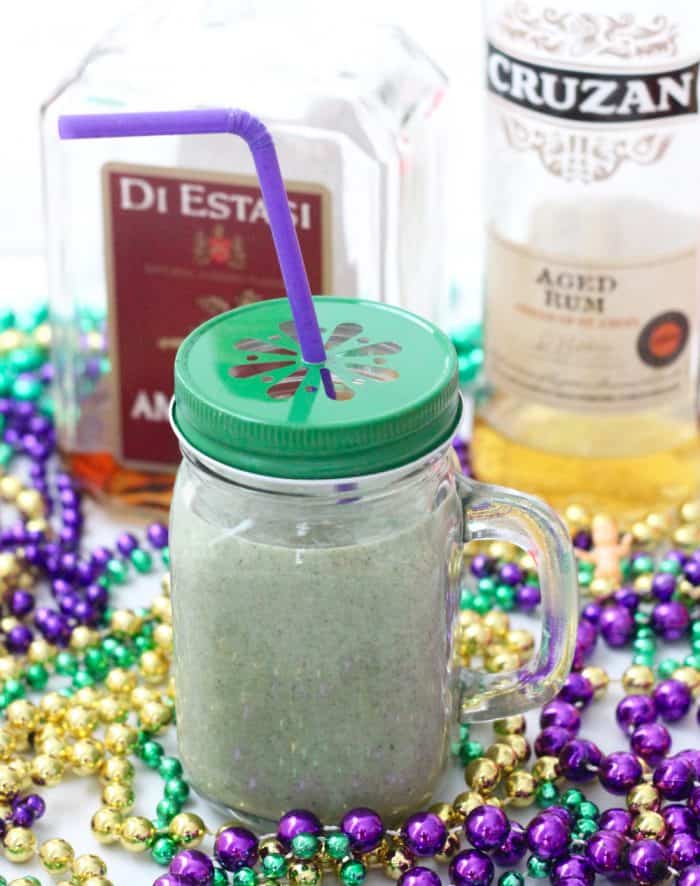 I added some spinach because they don’t sell carrot sticks next to the cotton candy and blow-up tubas (i.e. I need a few veggies in my Mardi Gras diet)

And since it is Mardi Gras, I spiked my smoothie because duh all Mardi Gras smoothies should be spiked. If you’re not interested in adding rum and/or amaretto, just omit it and add some extra almond milk if necessary. 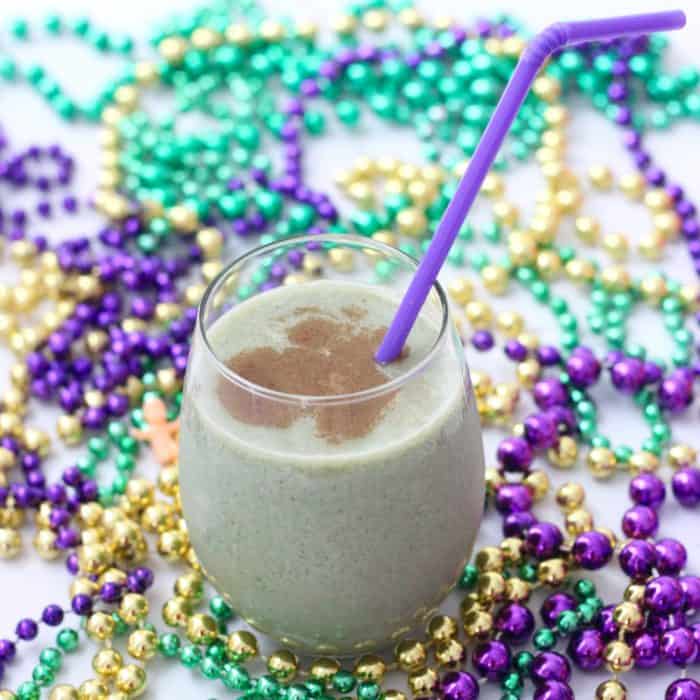 Other than that, this smoothie is a tasty, nourishing, and filling concoction that’ll keep you marching the parade route all day long. 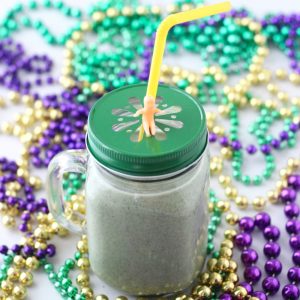 Note — my favorites were the Intercontinental Hotel and Caluda’s 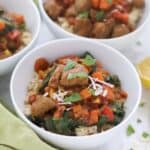 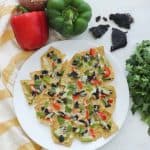 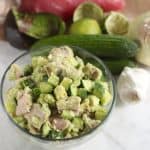 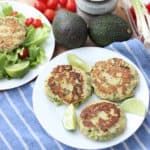 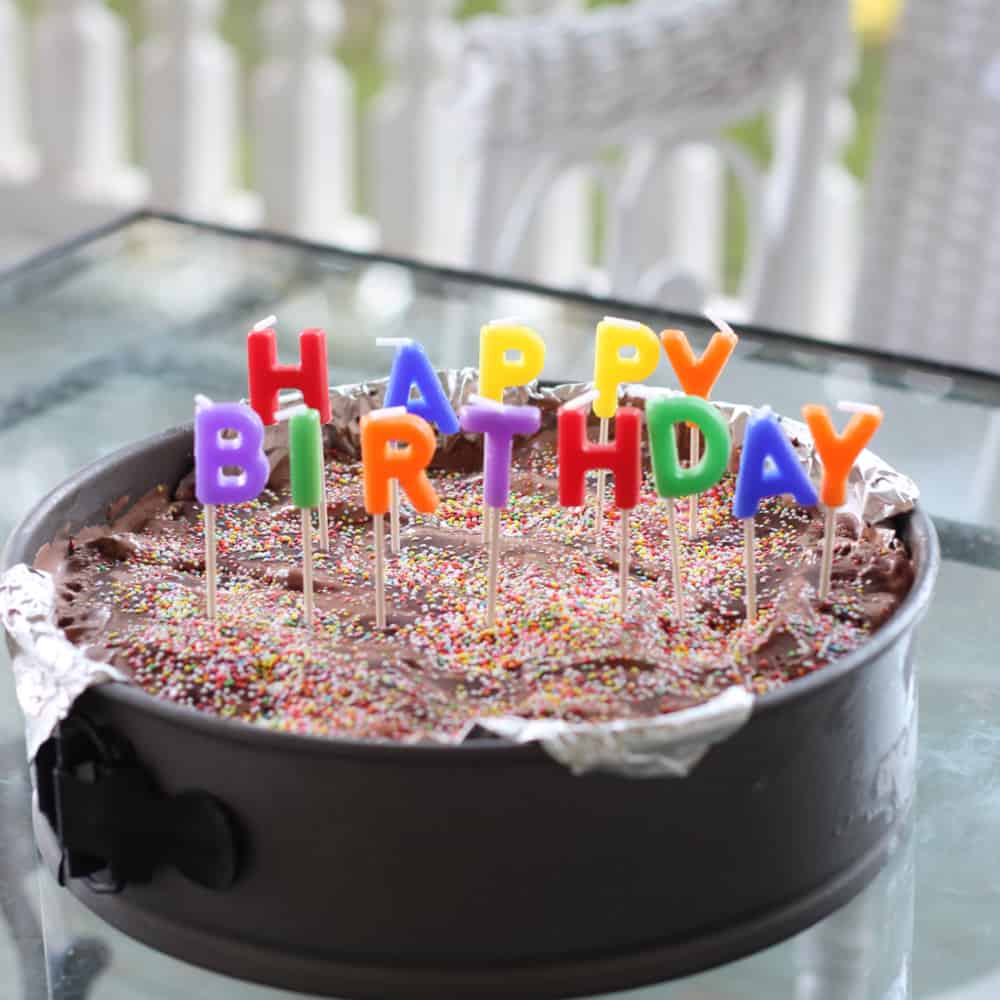 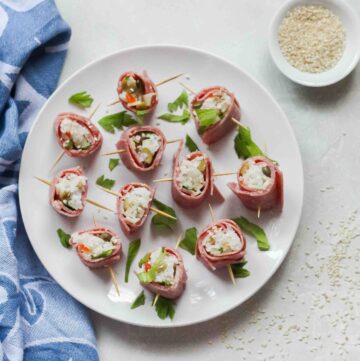 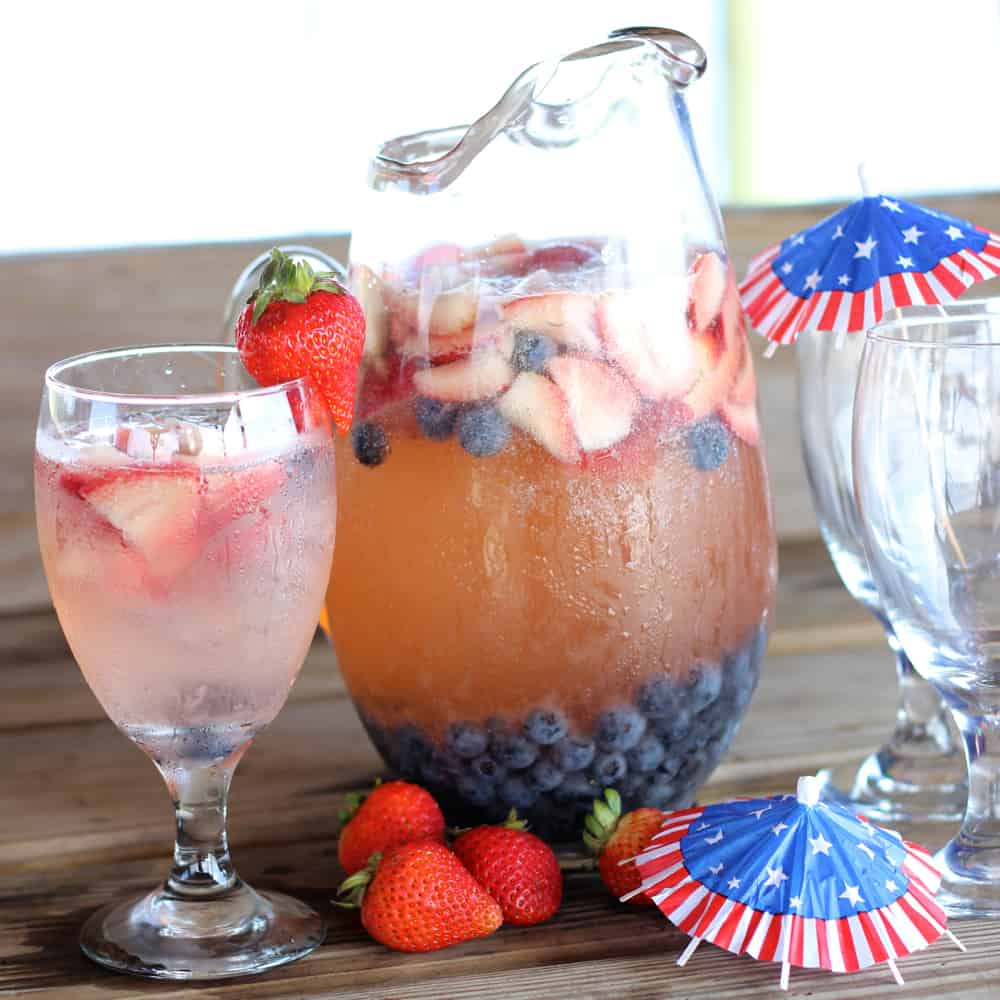